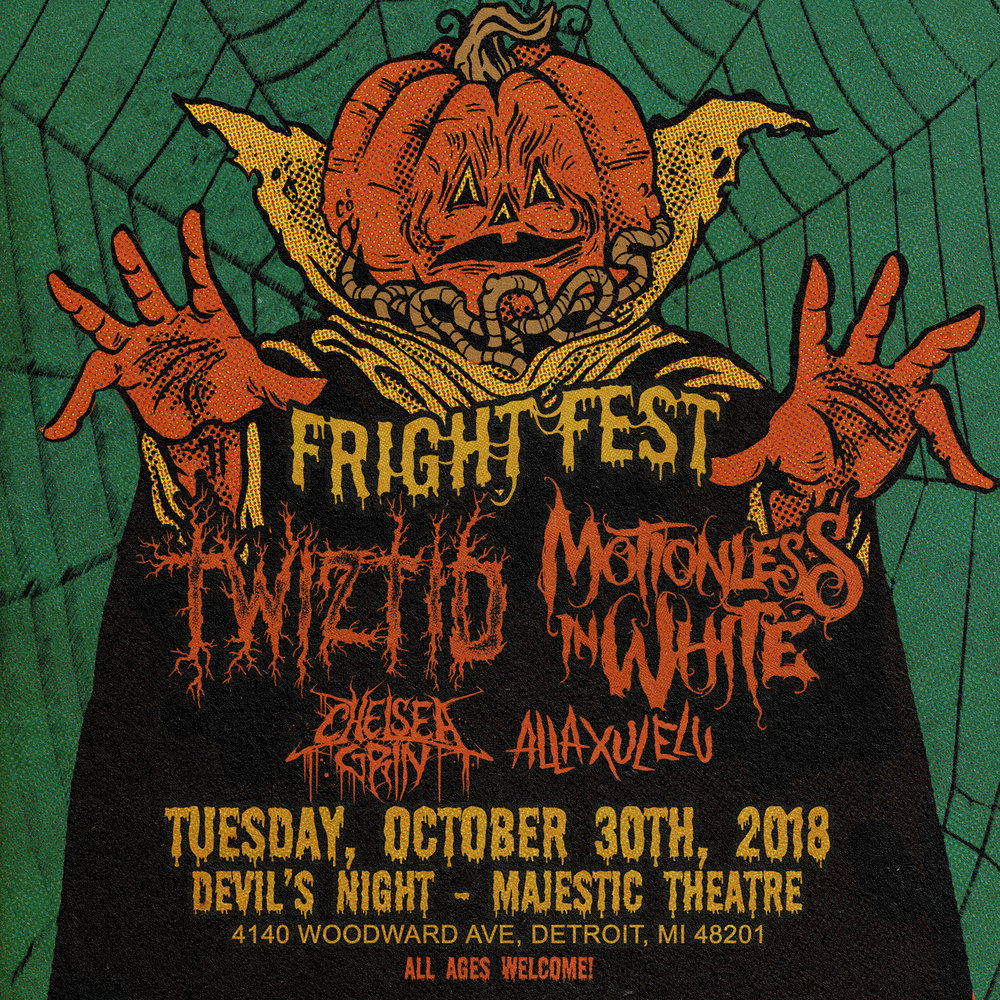 Devils night in Detroit is one of the most anticipated nights of the year and this year Fright Fest is the place to be. Twiztid, along with Chelsea Grin, and Motionless In White will be taking over The Majestic Theatre in Midtown Detroit.

Being one of Detroits own, Twiztid exemplifies a form of musicianship that has pushed the boundaries between rock and rap while striving to remain individualistic in industry. After departing from their previous record label, Psychopathic Records in 2012, Twiztid felt that they were able to finally experience full independence within the creative process of their music. Additionally, years later in 2014, Twiztid decided to form a label of their own that hones in on underground artists in the industry.